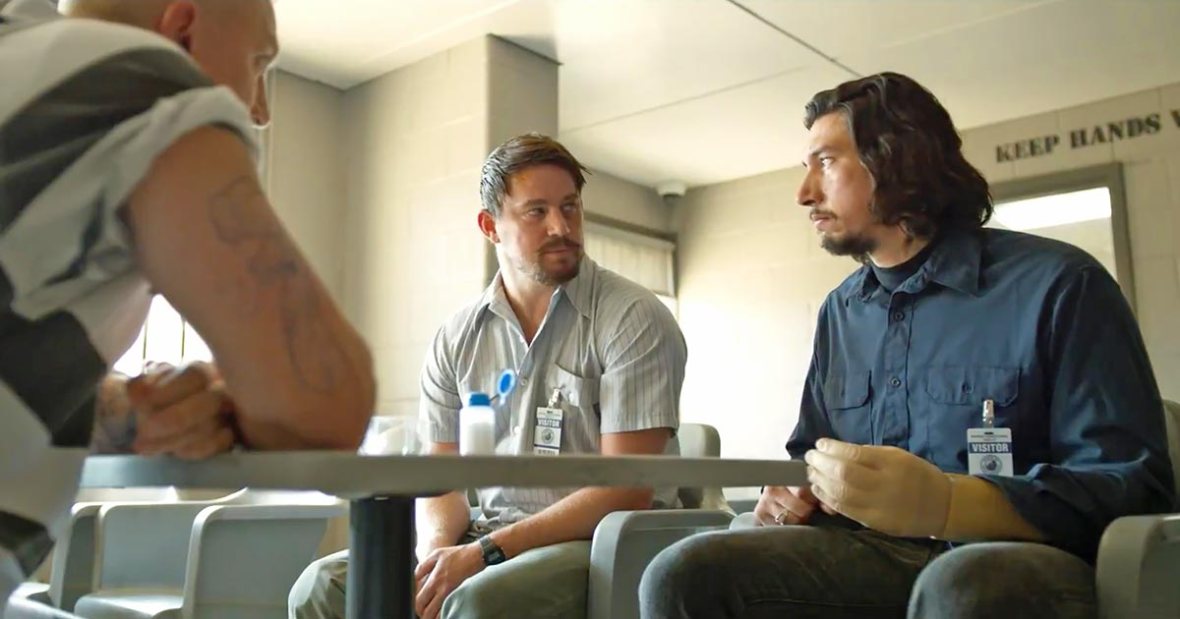 It has been four years since Steven Soderbergh has blessed the entertainment world with a new narrative feature, for his long-anticipated directorial return, Logan Lucky, a blast from start to finish. A perfect blend of tension and black comedy that lives up to its mighty high expectations. Steven Soderbergh is one of the few filmmakers who works on all ends of the entertainment medium. He can effortlessly take on any genre, and confidently herd between studio, television and independent features, yet make them well-made as they are flashily entertaining. His latest feature is no different, a Southern fried hillbilly heist comedy centered around an ensemble of misfits removing a sum of millions from a Charlotte Motor Speedway. The sort of square peg in a round hole heist gang feature Jody Hill wishes he directed first.

Logan Lucky is lead by charismatic charmers Channing Tatum, Adam Driver and Daniel Craig, and continues the long tradition for Soderbergh’s knack for strong deep-seeded ensembles, dry comedy, coordinated staging and a rich visual style. As a movie star, Daniel Craig is known for being a suave British super spy, but here he wows the crowd with a tenacious turn as reengage inmate and former bank robber Joe Bang. Craig is perhaps at his very best and most wacky in Logan Lucky, but treads the role comfortably. Craig walks the fine line of delivering an out-of-character turn without being cartoonish nor over-the-top. Craig is the true standout of an ensemble of riches. Also, unsurprisingly good is Adam Driver who regularly deals with a complicit tongue-in-cheek verbal berating from strangers for his missing hand, and an almost unrecognizable turn by Seth MacFarlane, as a local narcissistic celebrity. It gives me much faith other filmmakers out there like Soderbergh has a place in cinema for the multi-talented performer.

Characters here all their own multifaceted reasons for their participation in the robbery, but on the complete opposite side of the spectrum, there’s a third-act appearance by Hillary Swank as the FBI agent on the case, delivering a misconstrued performance that could only be described as a bizarre mix between a Carrie Coon detective impression and a shamelessly disgruntled squinty-eyed Tommy Lee Jones. The whip-smart Soderbergh must have realized this too in his post-production haul, because not only is the character inessential for his guiding narrative and twists, but how wrong the actress feels for the movie entirely. As I said before, she plays a crucial role, but the blatant tone-deafness of the performance perpetually imbalances the far-reachness of the narrative. It also gives off the sneaking suspicion her character was (beneficially) cut down from the central storyline long before. Without spoiling the ending, her innate presence there burns a feeling of textual anti-climaticness, because of the amount of intentional information left unanswered from her perspective, how out of place she feels at the location and the severe lack of character building behind it. This also brings up a bugging grievance I have in its archetypal tonality. It made me realize practically all female characters represented, such as from Katherine Waterston, Riley Keough and Katie Holmes, were also uniformly underutilized. Knowing how speedily Soderbergh cut and edits away during and after filming, I’m curious, if not cautious of a longer cut existing.

Besides these minor character and plot contrivances, the rest of the scheme’s ordnance was meticulously constructed without feeling convoluted. What’s great about Logan Lucky is how the script felt grounded in reality with a surface-level depiction of characters struggling within a blue collar working class, whilst the comedic energy still felt fluid without compromising the eccentric fun and octane thrill of a Southern burnt heist. Further adding to its strengths, the film as well had an unequivocal handle of character and unfolding plot without the sheer ridiculousness of the illuminated reveals that were in the Oceans’ movies. The pacing is also consistent throughout and the final act delivers on all ends. As the film best said with a shrewd self-reference at the end, this was at its heart “Oceans’ 7-11.” [B+]