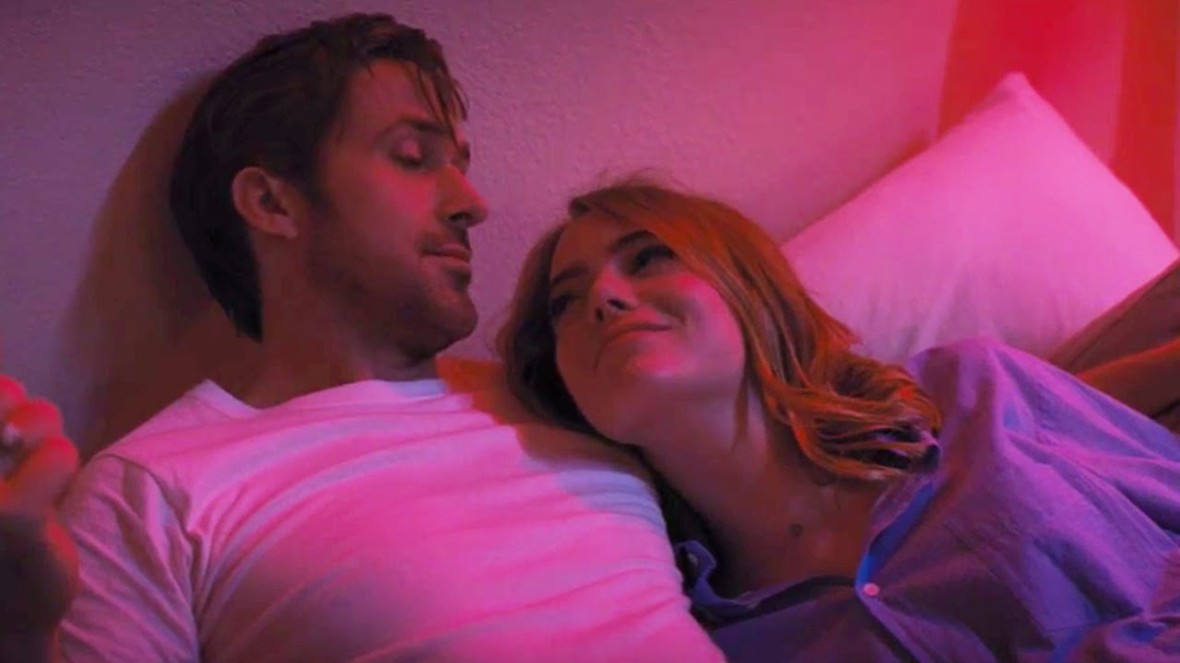 La La Land, ever so vibrant and full of life, is an ode to why we are so taken by the magic of movies and our yearn for the golden age of Hollywood. If there is anything holding the film back, it is its screenplay. The story itself can come off as pretty hokey and hondrum right down the middle. Luckily the magic and charm of Chazelle’s direction is able to elevate it into a daringly original vision. Especially poignant is La La Land’s take on the bittersweet nature of romance, professional compromise and sacrifice. Expected in a musical from the director of Whiplash, the movie drags quite and demands your patience. The pace unfortunately is unable to keep up the momentum of its startling technical counterparts, but all the nominal nitpickings is forgiven by its finale. Also jarring is the film’s establishment of tone. What begins the movie is an effective throwback song-and-dance opening sequence, that’s both of the cheery and upbeat nature. Coming into La La Land, I expected the tone a shade darker than what’s initially established. Something to properly complement the whimsical melancholy I perceived coming into it. This combination of proposed tone and artistry is teased throughout, but only wholeheartedly captured in synthesis within its stunningly moving finale. Which is both audacious and cynical yet riddled with heartwarming poignancy in both technical feat and drama. Instead of tidily wrapping things up, Chazelle first stuns the audience with a gloomy twist that we have no time to fully accept, then quite literally lifts you out of your chair, daring you to dream with expectational optimism before grounding you again against the harsh realities of destiny. It is a risky play, yet its bold and dauntless majesty play to extraordinary results. So moving in achieving solace, you’re willing to accept the inner-tragedy of it all. Overall, La La Land plays a little to heavy-handed to the nostalgia, but revitalizes the modern-day musical as promised. And of course, it’s a charmer all right.

La La Land just worked for me this time around, beginning to end. The message of the movie spoke to me personally. It’s about about love and learning how to grow up, holding on to your dreams despite the hurdles and humiliation it causes. Don’t be inhibited by fear. Be foolish, be creative, don’t stop dreaming or give in to the middle ground. Just swallow your insecurities whole. Life can be simultaneously tragic and comforting. Our existence isn’t always the dream-like fairytale we imagine and that’s ok. It’s a painful peace to get where we need to be. We have to choose how to live our lives and are bound to go in separate directions in the face of sacrifice and compromise, and never for a moment do we forget the impact we have on one another. [A-]